A GATHERING OF NONE Release Official Lyric Video for “No Stone Left Unturned”! 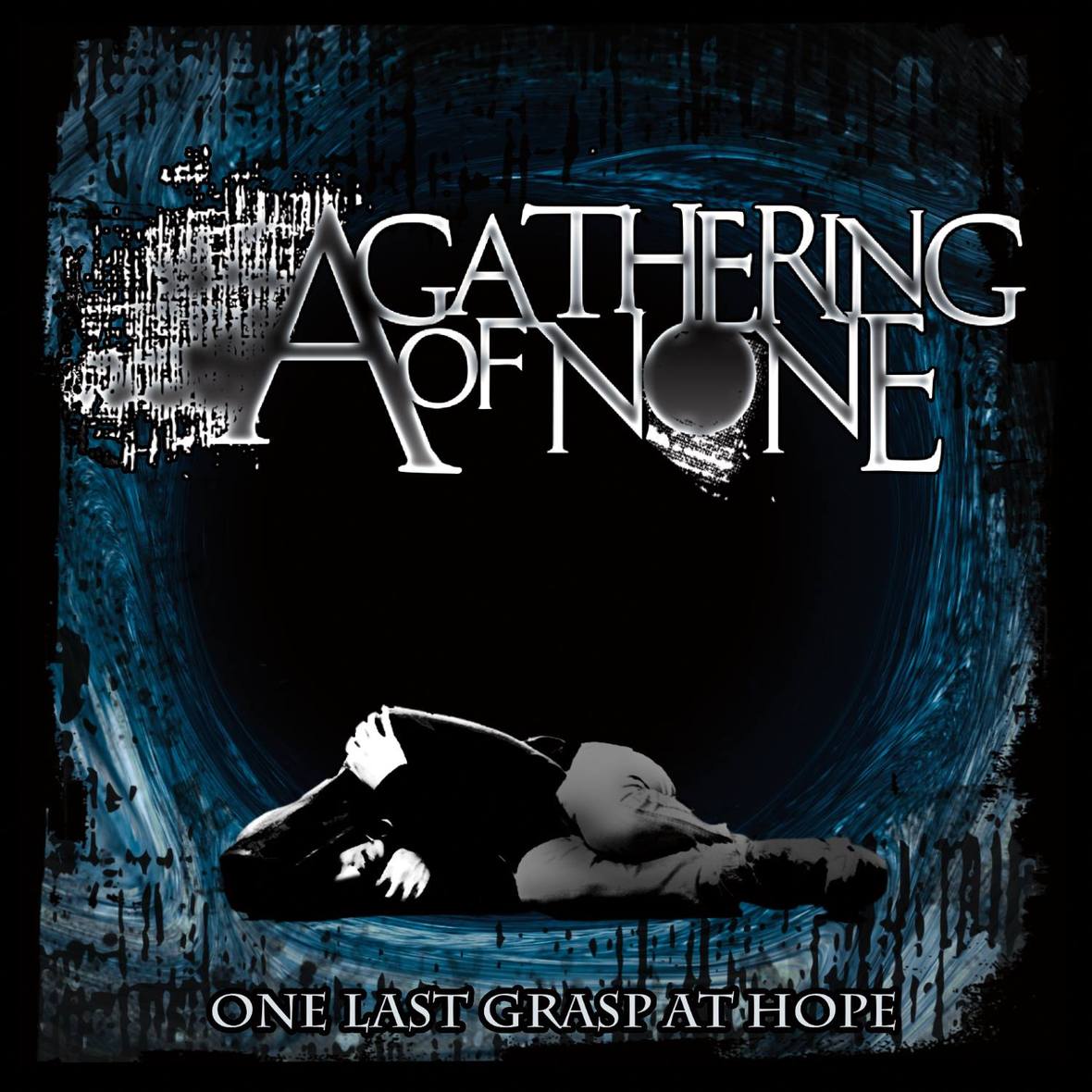 Alternative Metal Band A GATHERING OF NONE has released the official lyric video for their single, “No Stone Left Unturned,” off of their newly released third album, One Last Grasp At Hope.

Vocalist/songwriter TB says, “The song ‘No Stone Left Unturned’ is somewhat autobiographical in that it’s about realizing you’ve made your fair share of mistakes and are trying to repair the damage those mistakes have caused. I’ve dealt with feeling that way numerous times in my life. The main idea is, as the very last line says, “and so you seek you’ll find”, meaning that if you’ve lost who you WERE, you have to take the necessary steps to rediscover that person and apply it to who you ARE now. There is a constant search for answers and a feeling of hopelessness in there that I think everyone can identify with, yet maintaining a positive outlook about your want and need to grow as a person.’

“One Last Grasp At Hope is inadvertently a concept album when you get into the lyrical content along with the mood the individual songs create. Each track deals with an underlying sense of light at the end of the tunnel. There will always be moments of despair, sadness, anger, emptiness, happiness and joy. Each time you have any of those said moments though, one thing always remains, the hope we cling to for things to get better or to stay as life affirming and as joyous as they are at that very time and place. We grab at that every day. One last grasp at hope….”

About A Gathering of None

A Gathering of None are a quintet comprised of musicians from all over the north, southeast, and southwest United States. AGON began as a one-man project, with TB (formerly of horror punk underground icons Blitzkid) recording the 2013 EP “Purging Empty Promises” entirely on his own, performing all instruments as well as vocals. Their second release, the full length Nothing Left to Lose, in 2015 saw the addition of long time collaborator Chris White on drums and Justin Travis Osburn on guitar. A Gathering of None made their live debut in 2016, adding guitarist Jeff Grunn and bassist Ken Belcher to round out the lineup. This lineup returned to the studio to record AGON’s second full length release, 2018’s “One Last Grasp at Hope.”

AGON draw influence from a variety of musical styles including melodic punk, 90’s grunge and alternative, posthardcore, stoner rock, and progressive metal. Despite the breadth and diversity of backgrounds and influences, the band exists as five people all with the same goal in mind, to bring something nostalgic yet entirely modern and multifaceted to the heavy rock genre. If you like groove laden songs with heavy guitars, inhumanly proficient drums, prog rock bass lines, hooks a plenty, and more vocal harmonies than you can count, then you have just found your new favorite band.