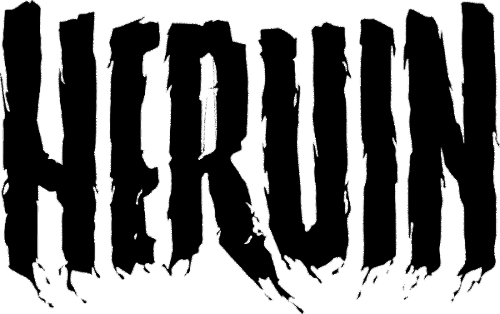 The time has finally come to let this beast out of its cage!

German nu-metalcore act Heruin has officially unveiled their debut EP, Addict. The five-song release is now available worldwide. You may have previously stumbled upon their anthemic Sworn In-meets-Korn single “Haunted” or the headbang neckbreaker title track, but now you can listen to the full package.

Alike the aforementioned songs, “Gore” will have you seeing red in the mosh pit right before singing along for the catchy chorus. “Love” digs deep into djent territory, yet still maintains that classic metalcore vibe with a spine-chilling clean vocal verse. And if you’re searching for a bit of nu-metal nostalgia, give “Issue” a spin. For anyone big on modern nu-metalcore acts like Sylar or Cane Hill, this will most definitely be up your alley.

More Band Info
Heruin is a recently formed project based in Munich, Germany
consisting of Darius Asgarian (vocals), Benjamin Cepiga (guitar), Ludwig Urban (guitar), Jonas Hoelscher (bass), and Aaron Dylan Rusch (drums). Their style is both reminiscent of nu-metal bands like Korn and Linkin Park as well as more modern metalcore groups including Sworn In or My Ticket Home. With a ferocious groove and harsh vocals building up to a huge, hooky chorus, you’ll want to jump on the bandwagon immediately before these guys explode.