Philadelphia-based indie rock band, June Divided, has released a brand new single, “Firestarter.” The track is the fourth single the band’s released off their forthcoming debut label EP, Body Wars, which is set to be released on August 24th via Revival Recordings. Speaking of the message of the new single, vocalist Melissa Menago stated, “Firestarter is the first track off Body Wars because that electronic beat in the intro kind of sets the tone for the record. Keith came up with that beat and the song took off from there. I think we’ve all known a firestarter or two in our lives. Someone who ruins something good. That’s what this is about.”

Preorders for Body Wars are available now. Fans can purchase “Firestarter” on iTunes or streamed on all digital platforms. 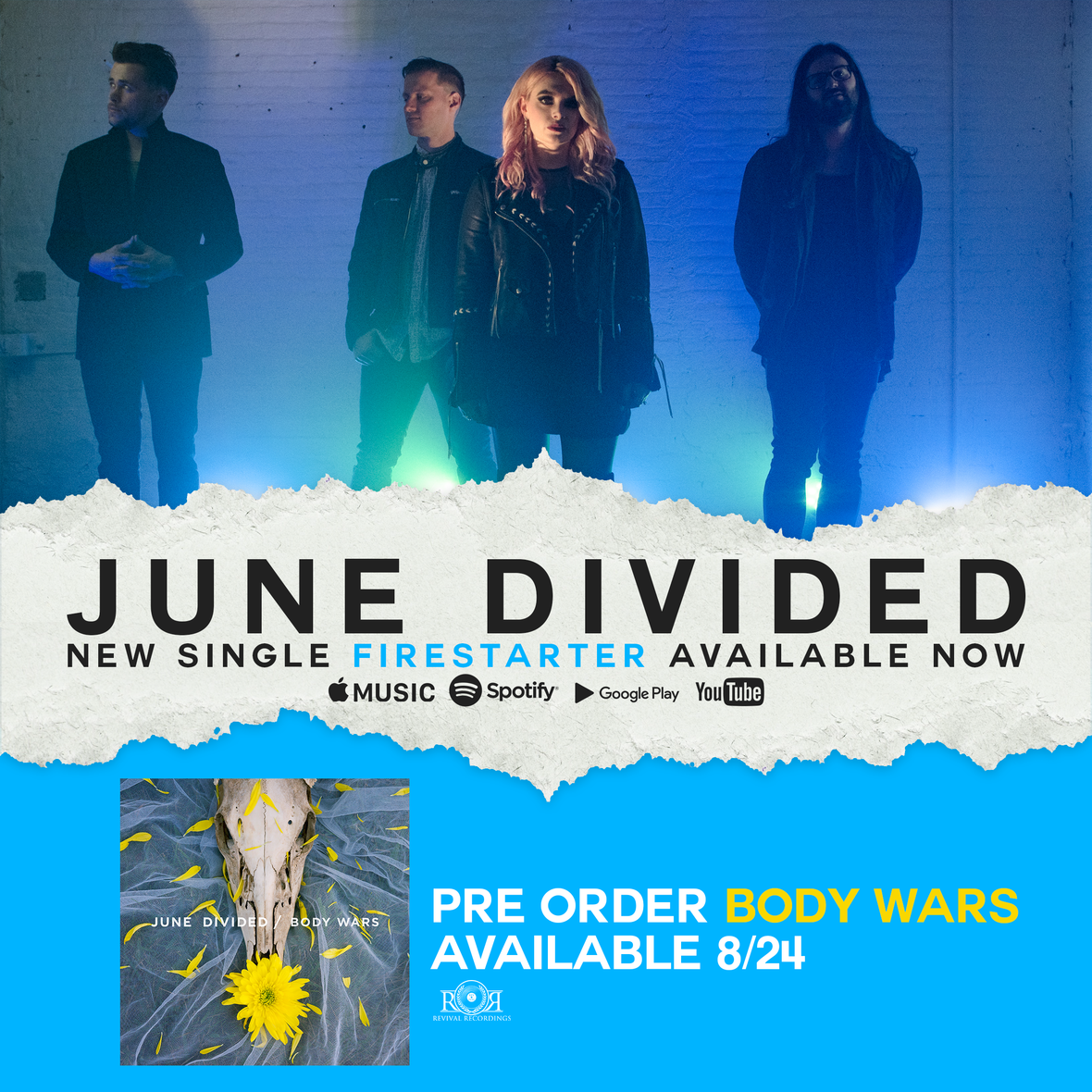 In addition to the release of the new single, June Divided is excited to announce their co-headlining tour with Shane Henderson of Promise of Redemption and Valencia for August/September 2018.