Akron, Ohio’s RED SUN RISING have announced their upcoming “Together We Are Thread” headline tour. The band will hit the road with Spirit Animal and Pretty Vicious in tow. The tour kicks off November 2 and wraps on December 8.

The band also shared the poignant and powerful video for “Stealing Life” from their latest album Thread. The clip features real people from around the world who have been impacted by suicide sharing their personal stories.

“This song is about the aftermath of someone taking their own life — a topic that unfortunately hits very close to home with the band. That is why we are excited to be able to raise money for suicide prevention and mental health awareness. Being able to affect actual change with our music side by side with the charity that changed our lives personally is a dream come true,” the band said.

The band is donating a portion of its ticket sales from the upcoming tour to MUSICARES, the Recording Academy’s charity that provides a safety net of critical assistance in times of need.

September is Suicide Prevention Month and Red Sun Rising are pleased to do their part to help further destigmatize mental health issues.

The band previously premiered the video for “Veins” at Inquisitr. Watch it HERE.

All Red Sun Rising tour dates, including festival appearances, are below. 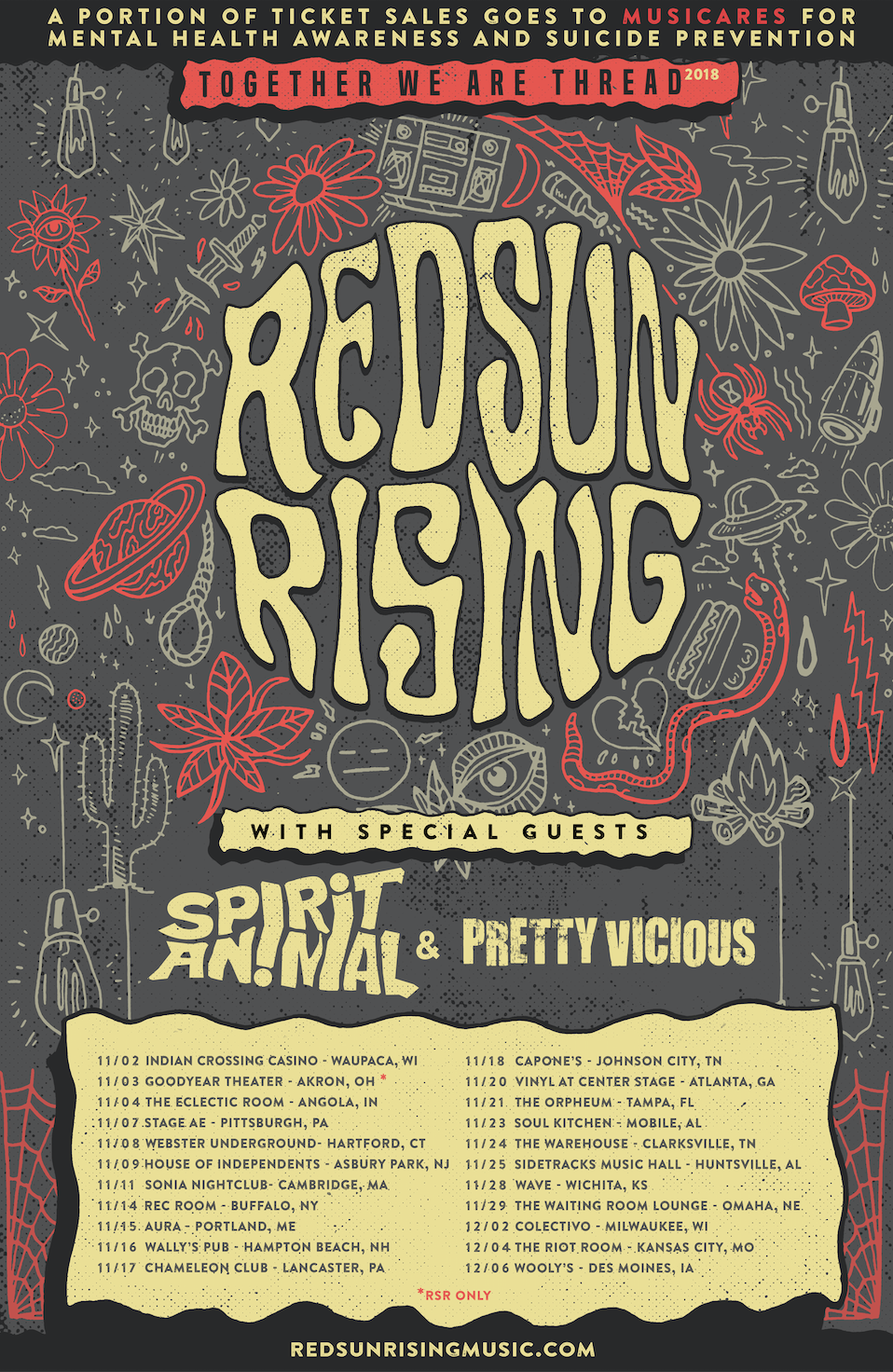