BOSTON MANOR’s second album Welcome To The Neighbourhood has been released today via Pure Noise Records and is available now on Spotify and iTunes. The second studio album from Boston Manor, Welcome To The Neighbourhood elevates the band from their 2016 album Be Nothingboth lyrically and sonically. “I think the time between the last record and this one, we kind of thought we knew who we were,” explains vocalist Henry Cox, “But we’ve realized that even now we’re still figuring that out. Before, we were scared to try stuff, whereas on this record there were no limits. We wanted to push ourselves, instead of being terrified to dip just one little toe in the wrong direction.”

“I’m just trying to draw attention to a few issues,” says Henry of the record’s motivations. “The things that are important to my generation are just so trivial in my eyes, but who am I to say? I can’t really offer any immediate solutions, but I can try to throw a bucket of cold water on some of my peers, to just get them to feel more and think more and not be so apathetic.”

To promote their new record, Boston Manor will be touring the US this fall alongside REAL FRIENDS, GRAYSCALE, and EAT YOUR HEART OUT from October 17 to November 25. Welcome To The Neighbourhood is out now via Pure Noise Records. 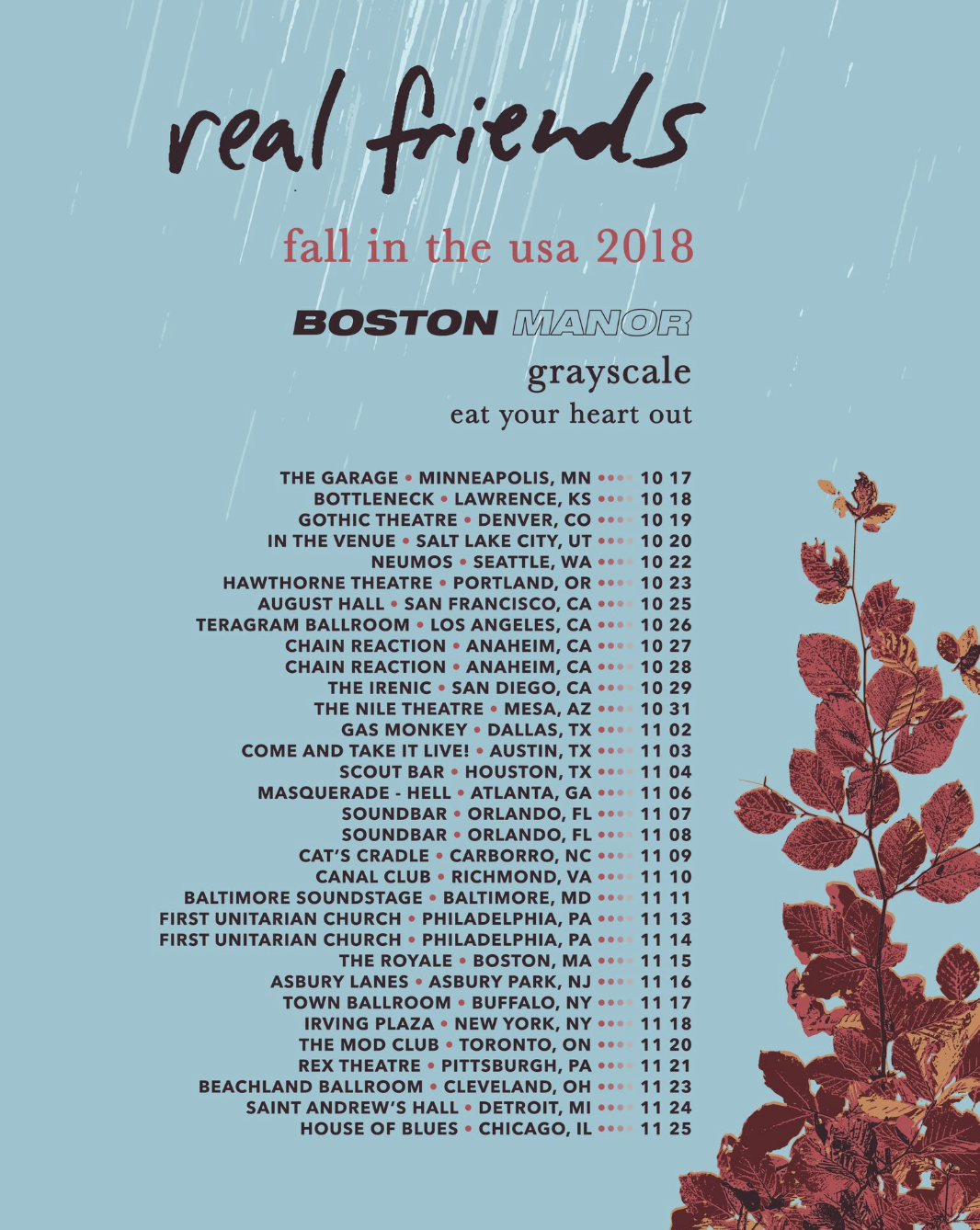