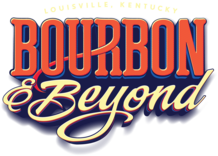 The second annual Bourbon & Beyond festival makes its much-anticipated return to Champions Park inLouisville, KY, Saturday, September 22 and Sunday, September 23 with the perfect blend of bourbon, food & music not found anywhere else in the world. Festival producers Danny Wimmer Presents, culinary curator Edward Lee (The Mind of A Chef) and bourbon curator Fred Minnick have put together another incredible bourbon, music, and culinary lineup for the weekend. World-renowned musicians including Stingand Robert Plant And The Sensational Space Shifters, as well as superstars John Mayer, Lenny Kravitz, Counting Crows and David Byrne, lead the music lineup of more than 30 artists. Tom Colicchio, Stephanie Izard, Aarón Sánchez and Ray Garcia lead the culinary lineup of more than 20 chefs.

The world’s largest bourbon festival, Bourbon & Beyond is an annual celebration of the craftsmanship behind award-winning bourbons, master distillers, legendary musicians, world-class chefs, and an unforgettable showcase of the soul and spirit of Louisville, held during Bourbon Heritage Month. In its inaugural year in 2017, the festival attracted 50,000 people from all over the country, offering a series of onsite experiences, including bourbon and culinary workshops.

Louisville has a thriving food scene as recognized by Top Chef, which will be filming their upcoming 16thseason in the city. Bourbon & Beyond’s culinary celebration will highlight top talent including:

Look for more food experience details to be announced soon.

“The underlying theme of Bourbon & Beyond is a celebration of craftsmanship. I’ve asked our team to approach every aspect of this festival with the same handcrafted spirit that is used by all of the participating artisans. Each and every one of these distilleries, master distillers, musicians, and chefs have spent years mastering their craft. I am honored and humbled that they have agreed to participate in our second year,” says Danny Wimmer, founder of Danny Wimmer Presents.

Bourbon & Beyond has also announced its first official pre-show activities on Friday, September 21, including a Supper Club hosted by Tom Colicchio and Edward Lee, events at the Muhammad Ali Center, an exclusive behind-the-scenes look at local distilleries from Mint Julep Experiences, and bourbon educational sessions from Stave & Thief. Adds Wimmer, “Our plan is to continue to involve more and more of the community, in both Louisville and greater Kentucky. This state has so many treasures and my goal is to showcase them all. This year’s Friday night lineup is just a hint of what is to come.”

Bourbon & Beyond also offers a unique series of over 30 bourbon and food-focused seminars at the festival, including a first-ever discussion between Jack Daniel’s master distiller Jeff Arnett and Jim Beam’s master distiller Fred Noe.

“Bourbon & Beyond makes history with our Jack & Jim seminar, which will showcase the world’s two best-selling American whiskeys and dissect an often polarizing subject. We want to entertain and educate, but this seminar is taking whiskey discussions to another level and is akin to the Beatles and Rolling Stones sharing the stage,” says Fred Minnick. “This is a rare opportunity to witness a live bourbon event that will never be duplicated.”

Other bourbon and food-focused onsite seminars at the festival will include:

●      Family Affair: The Van Winkles—The Van Winkle family will have a few stories to tell, such as when nobody wanted their bourbon.

●      My Daddy Was A Moonshiner—Hear how Thomas Wade Daniels decided to break his family nighttime distilling practices and make legitimate whiskey.

●      The Audacity Of Sourced Whiskey—Panelists discuss one of the most controversial whiskey topics of the past decade.

●      We Don’t Need No Stinkin’ Master Distiller—In an industry that covets its master distillers, the truth is, it’s a team effort.

●      Rarest Whiskey In The World—Hidden in local bars and liquor stores are the rarest bourbons in the world. Learn how to spot them.

●      Food Pairings: Bird And Bourbon—America’s spirit pairs with more birds than the chicken.

●      Bourbon Mixology: Slushie Time—Who knew that bourbon slushies would become all the rage?

Initial ticket prices for Bourbon & Beyond will be as follows:

Bourbon & Beyond is part of DWP‘s previously announced 10-year plan to grow bourbon-related entertainment in Louisville, which includes Louder Than Life, a future country music festival and a spirits conference to be launched in 2020.

Bourbon & Beyond again welcomes The Daily Beast as the festival’s official media partner. Noah Rothbaum, the editor of the Daily Beast’s “Half Full” section and co-host of its podcast Life Behind Bars, will be onsite at the festival capturing exclusive content throughout the weekend.

For more information on Bourbon & Beyond please visit:

We believe in quality before quantity. Please drink responsibly.

The Original Misfits, Rocket From The Crypt, Others To Perform Full Album Sets At Annual Riotfest Festival