They shared the video for “YOUNG,” which is a love letter to their home city of Philadelphia, featuring local people, places, and things. Watch the Jordan Mizrahi-directed clip

“This song and video are about being better to one another,” the band says. “It doesn’t matter what you look like or where you’re from. Let’s be good to each other.”

The band also shared the video for the new single “In Violet” . Watch and listen HERE.

Grayscale are currently on a headline tour that runs through September and October. Belmont, Bearings, and Rich People will also appear. All confirmed dates, including the record release show which wraps the tour in the band’s hometown, are below.

Under a heavy influence of everything from ’90s rock to funk, as well as a rotation of modern hip-hop and R&B, Grayscale dove headfirst into writing Nella Vita. At the top of 2019, the band traded its hometown of Philadelphia for Austin, Texas, holing up in the Machine Shop alongside producer MACHINE [Lamb of God, As It Is, Armor For Sleep, Four Year Strong]. The resulting collection of tracks is one that sees the band chronicling life, its many facets, and its many complications, as they themselves have experienced.

Throughout Nella Vita, the quintet explores themes of sex, drugs, death, despair, and everything that embodies life, through a lens that, though far from rose-tinted, finds a lot of positivity in surviving the darkest of experiences. The title of the record and its 12 tracks are a veritable journey that’s both pensive and cathartic. Grayscale manage to bring out the light in the dark and much of the album taps a pop sensibility that will have you singing along and empathizing with the lyrics in no time. 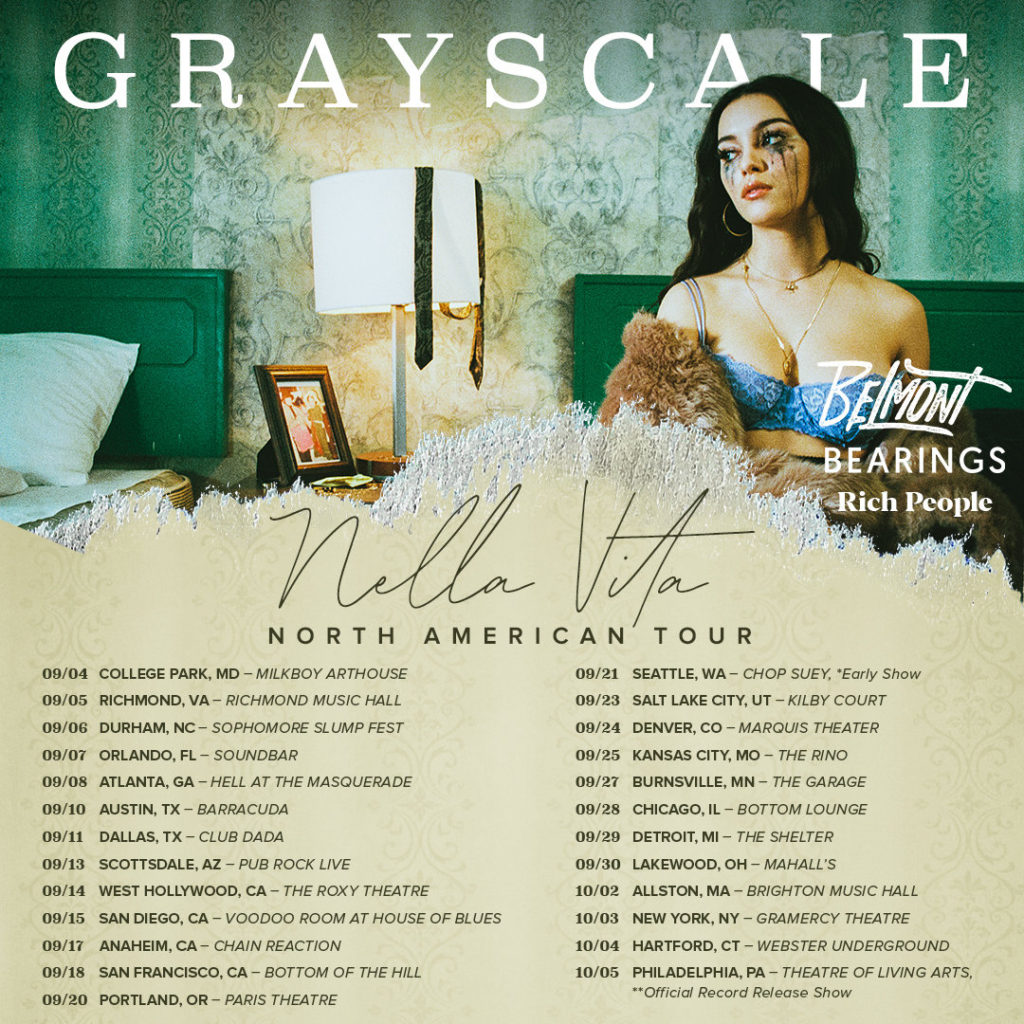