Mass Sky Raid are standing at the ‘Edge of the Unknown.’ Today they are announcing the release date and details for their brand new album ‘Science of Fiction.’

Vocalist for the band, Adam Lomas, describes the new record was “…inspired through each members desire to evolve and gain more understanding about themselves and to challenge their own ideas and concepts. Each song is a reflection of personal experiences which explore the struggles, sacrifices and feeling of alienation that can be faced in the search to live your dreams and create a world that gives your life true meaning and purpose. Through each sonic layer the music builds on these emotions and creates a platform for the listener to break free and find their own destiny.“The “Edge of the Unknown” filmclip was Produced, Edited and Directed by Tyson Leith. The “Science of Fiction” record was Produced, Mixed & Mastered by Mathew Bartlem and engineered by Tyson Leith & Zachary Hylton.

Several tracks from the EP as well as follow-up standalone singles “Oceans” and “Enemy” received airplay on rock radio shows around Australia including Triple M, 4ZZZ and 2FBi, in addition to over 40 stations worldwide, including BBC1 & BBC6 in London. 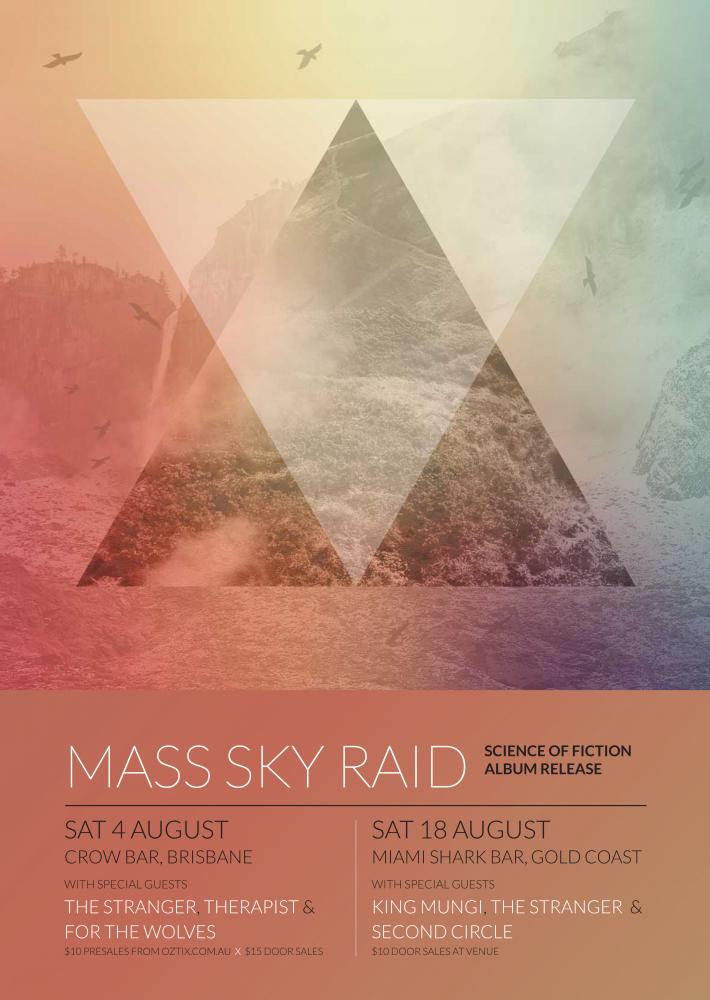