Produced by Houser with Blake Chancey, Note To Self
Features 10 Tracks All Co-Written by the Mississippi Native 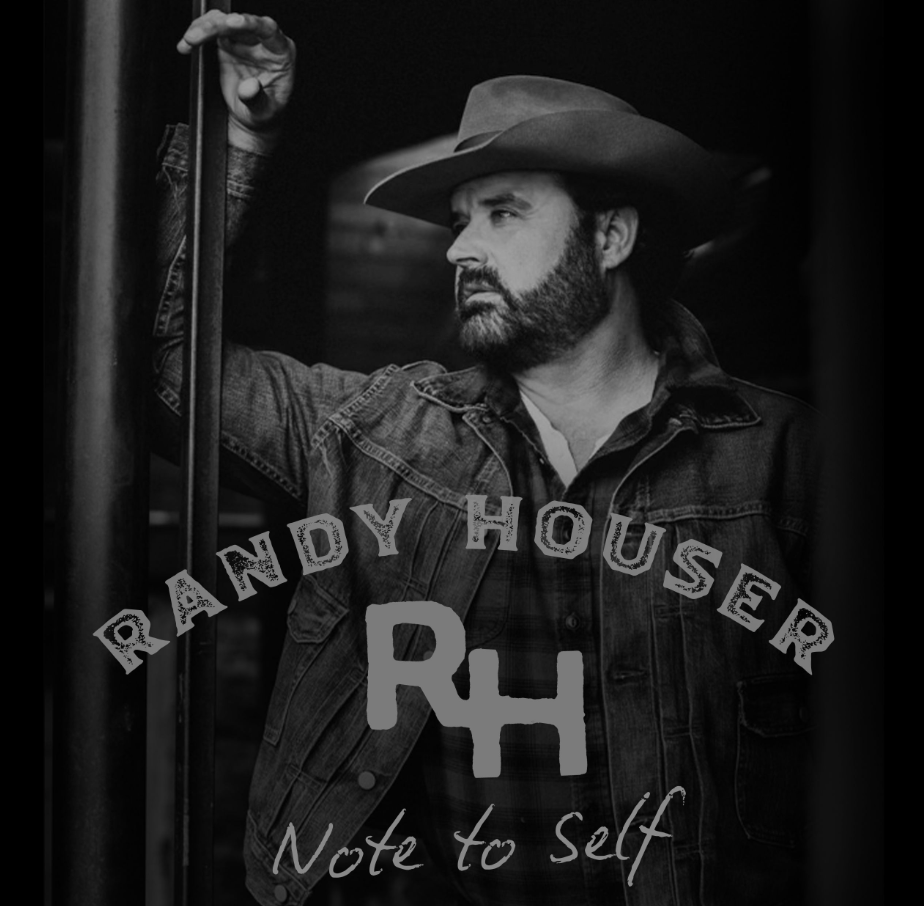 A collection of nostalgia, wisdom, hard work and cowboy culture, Houser co-wrote all 10 tracks and produced the album with the help of Blake Chancey, recording the project from his home studio.

“Blake and I worked on this record for a long time, and I’m so proud to be able to finally share it,” notes the Platinum-selling artist. “Note To Self really came together at a time when I was doing a lot of reflecting on my life.

“It became a way to impart some things I’ve learned about myself and some of the lessons I’ve learned along the way,” he elaborates. “As artists, I think sometimes we get so caught up with trying to have a hit that we miss an opportunity to really connect with people. Sometimes you need to talk about what’s going on in the world, and in your own world, so people can relate to that and feel something.”

Lead single “Note to Self” offers deliberate introspection, challenging the listener to reflect and consider hard truths. Written by Houser with Ross Copperman, Casey Beathard and Bobby Pinson, the title track was penned with reflective insight on how to cherish the things that truly matter, while showcasing his New York Times-dubbed “rich, vicious” vocal stamina.

Album opener “Still That Cowboy” was written as an ode to his wife Tatiana, with CMT.com sharing, “Houser has never been afraid to sing country music, and ‘Still That Cowboy’ spotlights the genre’s tenets as much as anything Houser has ever released,” while “Workin’ Man” illuminates the tenacity and persistence of America’s blue-collar workers among the struggles they face day-to-day to support themselves and their families, with MusicRow calling it a “rousing blue-collar anthem” that Houser sings with “a barn-burner baritone that dips and growls in all the right places.”

Steel guitar and fiddle-laced “Country Round Here Tonight,” reminiscent of the classic country hits of the 90s’, creates a feeling of nostalgia, as Houser croons about a small-town spot where everyone goes to unwind and spend their paycheck, followed by “Take It To The Bank,” which opens with acoustic guitar – fitting for a love story focused on spending quality time together rather than being dependent on wealth to bring happiness.

As Houser lulls softly, building into a heavy hitting chorus, “Call Me” finds him pining to hear from his lover, as he’d rather be fighting than not speaking at all: “3am is the loneliest time when we’re fighting; sometimes nothing speaks any louder than silence.” The ballad is juxtaposed with “Out And Down,” which finds Houser digging into his delta upbringing and leaning into his Blues influences as he sings about being under the influence to get over an ending relationship.

“Rub A Little Dirt On It” delivers some much-needed wisdom that’s often forgotten in our fast-paced world – that difficult times are only temporary, sometimes alleviated by turning to places of beauty and tranquility, while “American Dreamer” touches on patriotism and the diligence passed down throughout generations to work hard with pride.

Closing with “Remember How To Pray,” Houser gives credit to his Maker, recognizing His prominence throughout his life, while acknowledging “Every now and then, I lose my way, but I still remember how to pray.”

Houser is currently on the road with Cody Johnson to wrap up a milestone year, after performing multiple sold-out shows throughout 2022, including an at-capacity stop at Nashville’s Ryman Auditorium. For dates, tickets and additional information, visit RandyHouser.com.

Houser will also be hitting the big screen alongside notable actors Leonardo DiCaprio and Robert De Niro in Martin Scorsese’s upcoming film Killers of the Flower Moon and Dennis Quaid in The Hill.

Note To Self Tracklist:

About Randy Houser
With an inimitable voice The New York Times describes as “wholly different, thicker and more throbbing, a caldron bubbling over,” Randy Houser racked up three consecutive No. 1 hits and more than four million in singles sales to date with his Stoney Creek Records album How Country Feels. He topped the charts with the title track, “Runnin’ Outta Moonlight” and “Goodnight Kiss” (also his first No. 1 as a songwriter) and earned critical acclaim for his powerful delivery of the Top 5 smash and CMA Song of the Year-nominated “Like A Cowboy.” Houser added a fourth No. 1 to his catalogue with “We Went” from his 2016 album, Fired Up. Houser’s sixth studio album Note To Self is set for release on November 11 via Magnolia Music Group and features 10 tracks all co-written by the Mississippi native. Currently Top 40 and climbing the charts at Country radio, lead single and title track “Note To Self” marked his “powerful return” following 2019’s critically-acclaimed album Magnolia, with MusicRow boasting the Mississippi-native “remains one of country music’s very finest vocalists.” With multiple sold-out shows so far in 2022, including an at-capacity stop at Nashville’s Ryman Auditorium, Houser wrapped his co-headlining tour with longtime friend Jamey Johnson in April and is currently on the road with Cody Johnson. Along with preparing new music and a relentless touring schedule, Houser landed on-screen roles in Martin Scorsese’s upcoming film Killers of the Flower Moon starring Leonardo DiCaprio, Robert De Niro and more, as well as the inspiring The Hill starring Dennis Quaid. For more information, go to RandyHouser.com.