Atlanta-based rock band ROYAL THUNDER have returned with their first new track since the release of 2017’s Wick. The trio of Mlny Parsonz (vocals, bass), Josh Weaver (guitar), and Evan Diprima (drums) have dropped a new single, titled “The Knife,” along with a music video. A powerhouse of darting, bluesy riffs and booming, soulful vocals, “The Knife” re-introduces listeners to the visceral and spirited sound of Royal Thunder.

Speaking about returning to music and releasing their first new material in over five years, Parsonz comments, “Coming out full throttle has filled my heart to the brim. Actually, I am exploding with joy! To feel like an outlet (music) was being ripped away from my existence, and finding myself here and now, holding it like a new born baby, brings me a sense of freedom and hope that I haven’t felt in years. To everyone, especially Josh and Evan, that has been there on this journey — thank you! Thank you for making this real again.”

Weaver adds, “It feels amazing to be back and doing something that has been a void in my life over the past few years. It’s a new opportunity to do this thing right. We are so thankful to have the overwhelming support of our fans and everyone that has ever believed in us! Very exciting and new things on the horizon for Royal Thunder.” 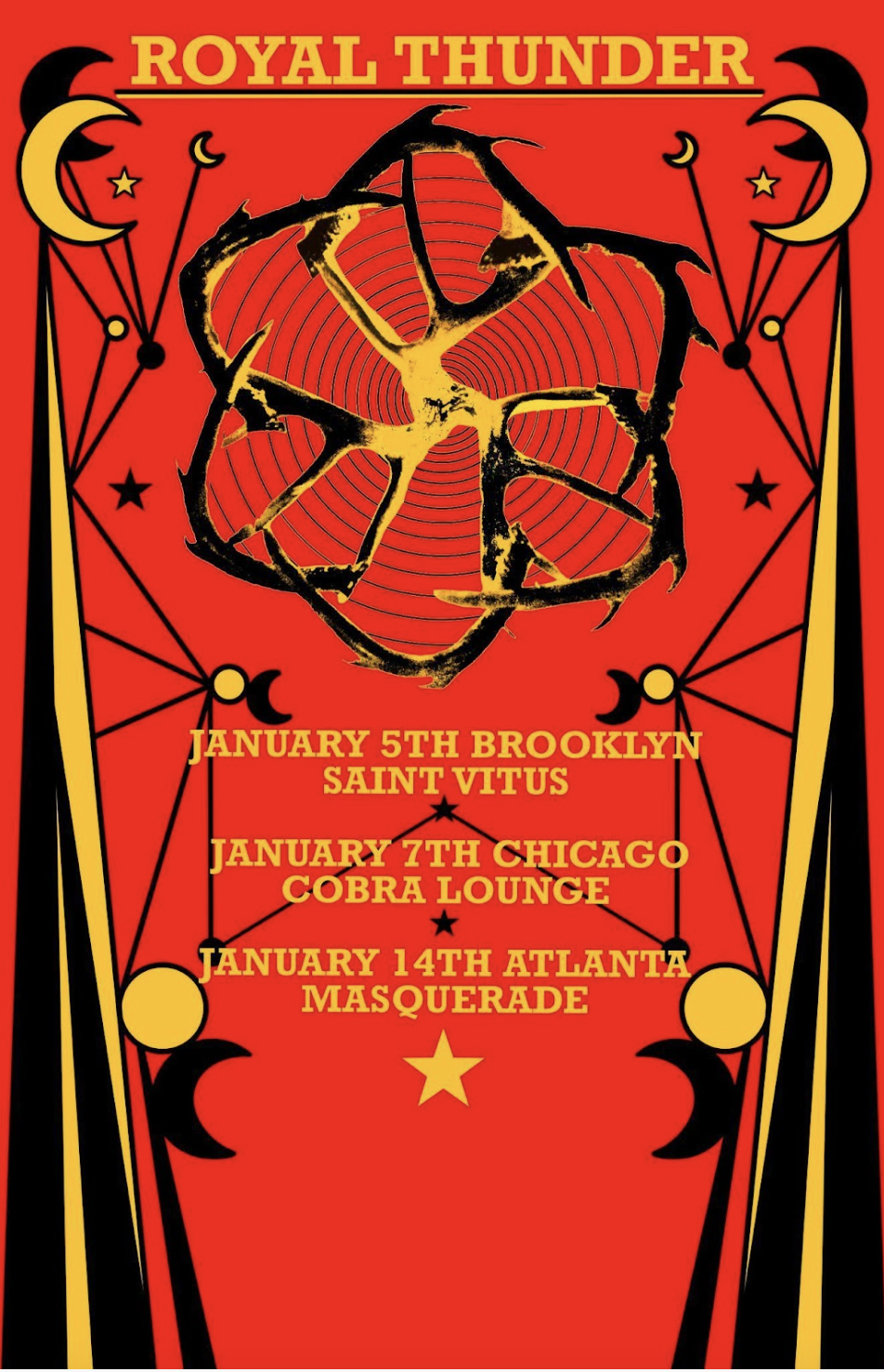