“…a lush, direct return, one that blends her innate beauty with Sudan Archives’ multi-faceted approach”
– Clash

“Selfish Soul” is an ode to Black hair. The LA-based artist says the song is “about women and the celebration of hair. It’s about representation of different hair textures and embracing all colors and textures of it.”

She adds: “I feel like there’s an American standard of what beautiful hair is, and I wanted to show in this video that’s not what all beauty is; to showcase different hairstyles and different types of women and their hair. I was inspired by India Arie’s ‘I Am Not My Hair’, one of the first songs I heard about this subject. She talks about extensions and weaves and natural hair and nappy hair, and that she’s not her hair; she won’t conform to the comparisons that would come up if you had a weave or sew-in or natural hair or Afro – that doesn’t represent her.” In the vibrant video directed by Trey Lyons, Sudan plays her violin upside down on a pole and standing on a roof. She and her girlfriends dance in the mud, celebrating the beauty of hair in all different colors and textures. 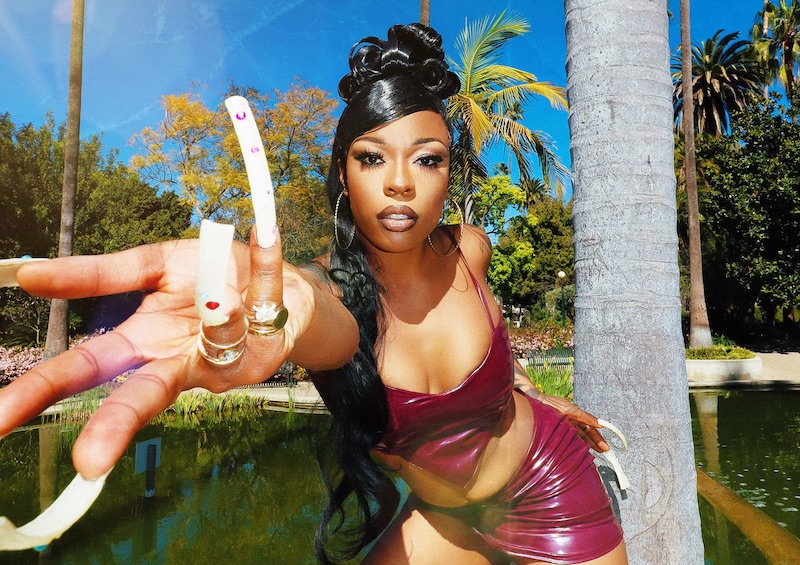 Sudan Archives has announced her second album Natural Brown Prom Queen, out via Stones Throw on September 9th. Fittingly for a record named for a homecoming event, Natural Brown Prom Queen is all about home – both Sudan’s adopted hometown of L.A. and Cincinnati, where she was raised. The album takes in themes of race, womanhood, and the fiercely loyal, loving relationships at the heart of Sudan’s life with her family, friends, and partner. Over 18 tracks, Sudan gets into character as Britt, the girl next door from Cincinnati who drives around the city with the top down and shows up to high-school prom in a pink furry bikini with her thong hanging out her denim skirt.

From first listen, it’s immediately apparent that Natural Brown Prom Queen is Sudan’s most ambitious work to date, its sounds ranging from the disco-influenced R&B of “Home Maker” (named Best New Track by Pitchfork), to Afrocentric anthem “Selfish Soul” (named a Song You Need by The Fader), hip-hop banger “OMG Britt,” the wild ride of “NBPQ (Topless)” and ballad “Homesick (Gorgeous & Arrogant).” Sudan is unafraid to be vulnerable, tender and open about her insecurities. But the record is also about finding pleasure – after all, this is the artist who  played violin upside-down on a pole in a music video. On Natural Brown Prom Queen, Sudan Archives invites you to join in and embrace that shared joy – and the response to advance singles “Home Maker,” “Selfish Soul,” and “NBPQ (Topless)” (including accolades from the New York Times, The Fader, FLOOD Magazine, Pitchfork, Stereogum, BET, Uproxx, NYLON, and more) demonstrates that people are ready for it.

Sudan is performing at festivals this summer in the US, Canada, the UK, and Europe. Following the album’s release she will embark on the Homecoming Tour, her first headline run since the tour for her 2019 album Athena.