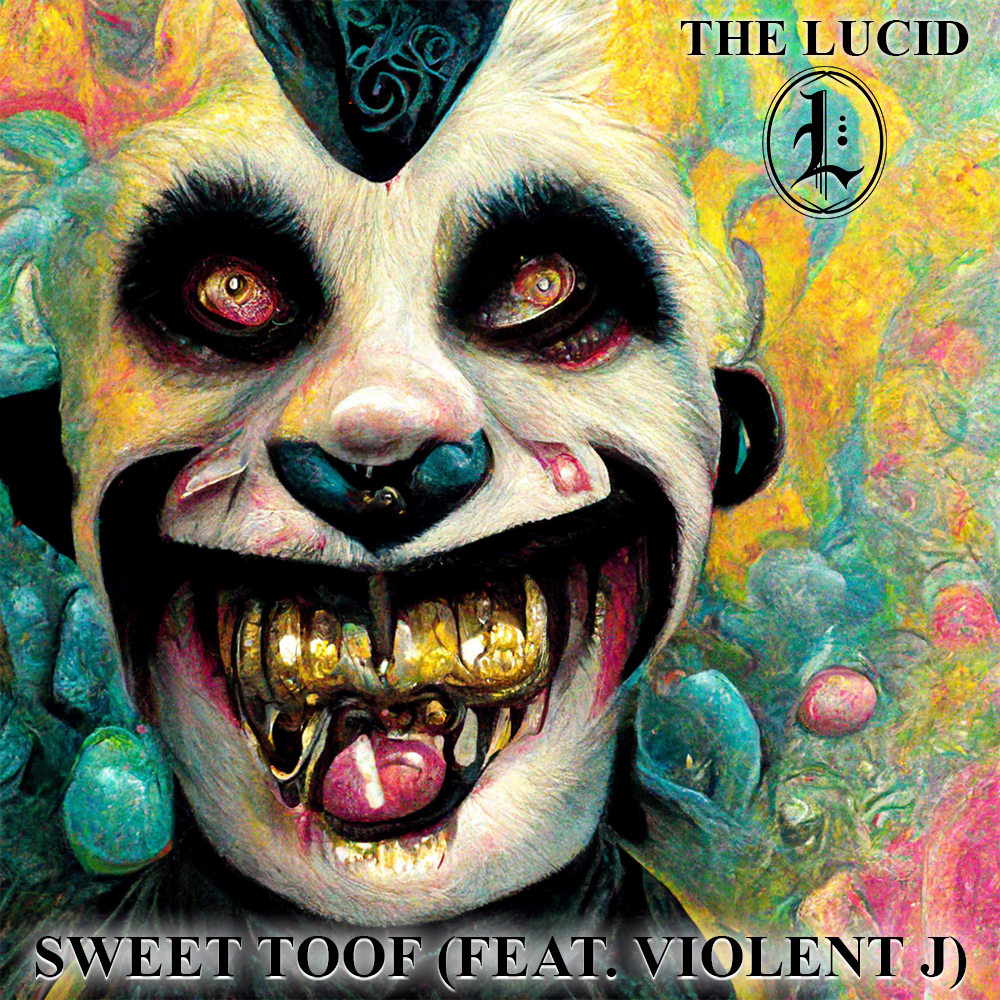 “Sweet Toof” is the band’s fourth and final single from their upcoming E.P., Saddle Up and Ride, due out digitally January 27th from SpoilerHead Records. CD, Vinyl, and signed copies are available via Limited Edition pre-order bundles that will ship at a later date.

Violent J states,
“Man quit playin’! It’s been an absolute honor and a privilege working with The Lucid! Being included among such monster talented and unbelievably cool people has been easily one of the highlights of my career so far. That’s the absolute truth. Listen to it! Who the fuck can deny THE BEASTLY results? We KING KONG ’em!”

The Lucid guitarist Drew Fortier states,
“It has been such a fun, creative, and organic journey getting to this point with The Lucid. We are all very proud of what we have created together, especially with it being a completely independent endeavor.”

Fortier continues,
“We love the Faith No More guys and their body of work and knew the perfect way to cap off our E.P. was doing a re-imagining of ‘Epic’ along with Vinnie and Violent J’s twisted, and wonderful approach.”

From the ferocious vitriolic sonic assault of the title track, “Saddle Up and Ride”, to the epic off the wall and out of left field, “Sweet Toof”, Saddle Up and Ride showcases The Lucid feeding into their eccentric tastes spanning across Thrash, Country, Rap, Radio Rock, Metal, and Funk.

Violent J, one half of the legendary rap duo, Insane Clown Posse, is featured on the E.P.’s title track, “Saddle Up and Ride” as well as the album closer “Sweet Toof”. Violent J has a solo album titled Bloody Sunday due out in 2023.

Pre-order the Saddle Up and Ride E.P. here:

For all things The Lucid:

The E.P. features artwork by Alex Sarabia and was produced by Mike Heller and mixed/mastered by Lasse Lammert.

The Lucid began in mid 2020 as an idea between frequent collaborators Drew Fortier and Mike Heller which led to David Ellefson (ex Megadeth) jumping on board on bass along with vocalist Vinnie Dombroski (Sponge) rounding out the lineup resulting in their debut self-titled album which featured 9 heavy hitting and emotionally charged tracks showcasing this eclectic quartet’s unique sonic approach. To promote the album, 3 music videos were released, the Fortier directed “Deaths of Despair”, “Maskronaut” directed by Michael Sarna, and “Hair” which was directed by Hannah Fierman and has gone on to win multiple awards from various film festivals.