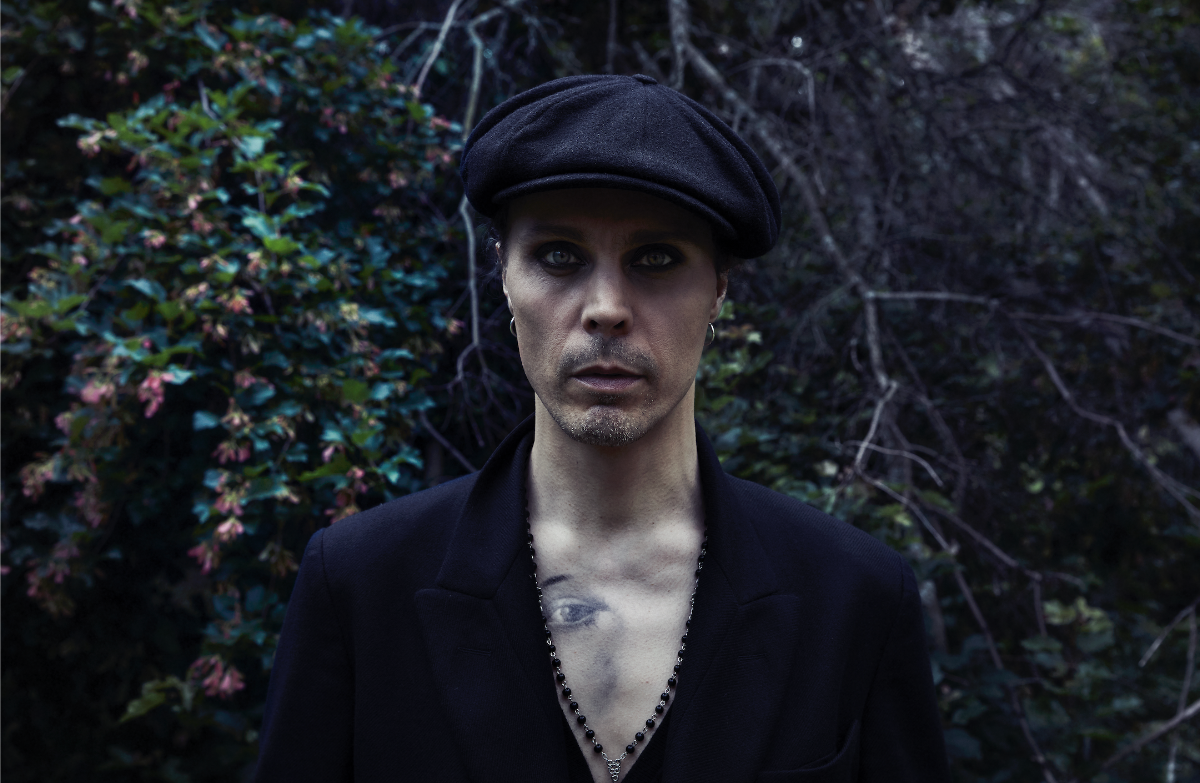 Finnish Love Metal pioneer, Ville Valo (VV) of HIM, has shared third single “The Foreverlost,” taken from his forthcoming first solo album, Neon Noir. The album will be released on January 13 via Heartagram Records and distributed by UMG/Spinefarm. Pre-order it here.

“‘The Foreverlost’ is yet another loud love song depicting the burlesque butoh between two world-weary souls. All my Carmina Buranas and ‘could’ve should’ve would’ves’ rolled into a neat little Gordian knot of the gothic variety.”

Listen to “The Foreverlost” here.

VV’s headline tour of Europe, the UK, and North America has already sold out across a number of cities. Get tickets here. 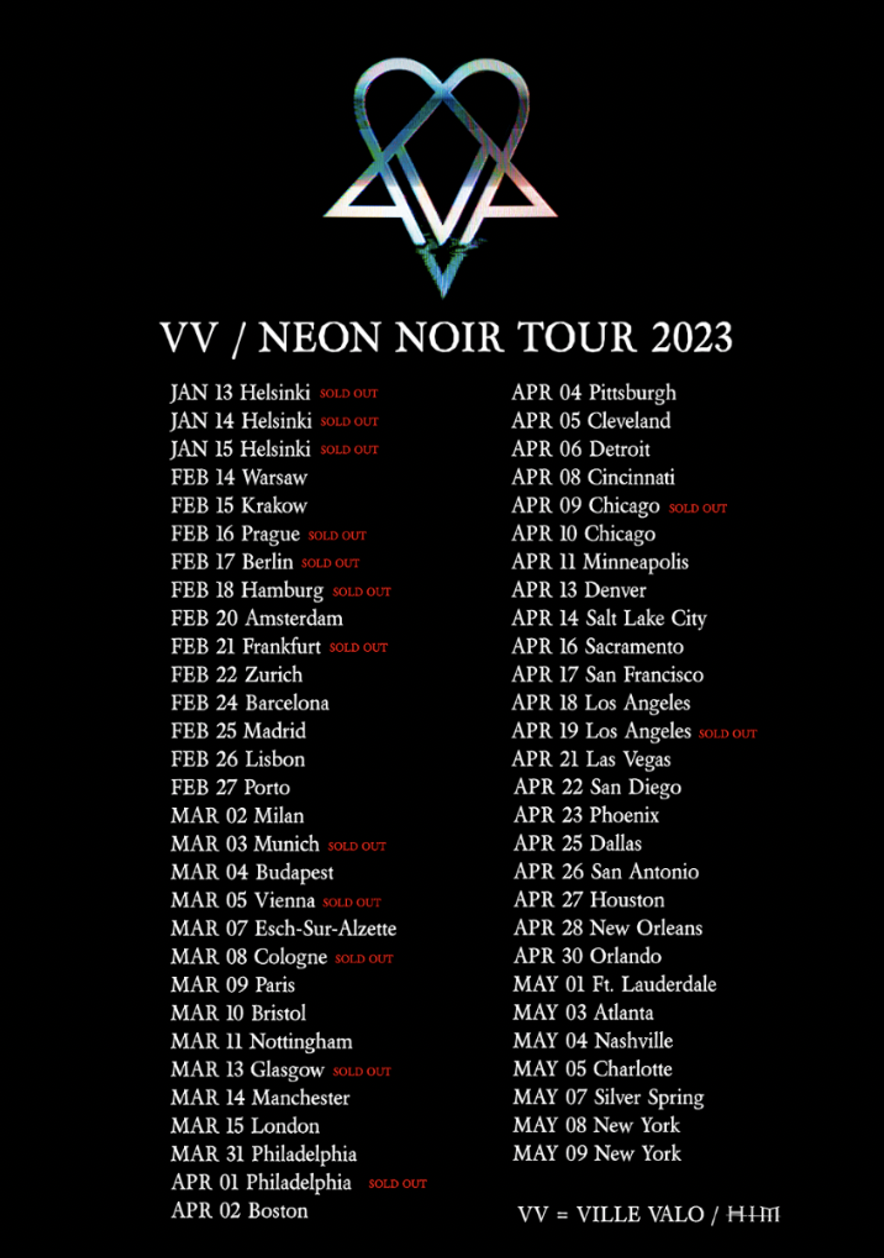 BOUT VILLE VALO/VV:
In the annals of 21st century alternative rock history, there are few artists who cast a longer or more peculiar shadow than Finnish Love Metal pioneer Ville Valo. After all, his band HIM was easily among the most iconic and idiosyncratic groups of the millenium. Zealously revered, gleefully reviled but impossible to ignore, their music left an indelible mark on a worldwide legion of fans. The scarlet letters stood for “His Infernal Majesty.” Their founder stood for something delightedly out of step with the status quo.

“We only hoped to temporarily redirect hard rock’s blood flow from the nether regions towards the heart,” reminisces Valo, the singer, songwriter, and primus motor of HIM. Judging by the monolithic presence of the Heartagram in any account of music this side of the millennium, it’s apparent that he succeeded.

Inspired by everyone from Poe to Bukowski and tinged by a penchant for perfumed Sabbathian gloom, Valo’s creative lovechild would produce eight era-defining studio releases and over 10 million record sales, not forgetting a Grammy nomination, countless magazine covers, critical acclaim, and the veneration of a generation. Thus, it came as no surprise that the news of a farewell tour in 2017 was greeted with shock and disbelief among devotees and endless speculation as to what or who was to take up the velvet mantle.

“As fun as the funeral rites for HIM were, it took me more than a few moons to lick my wounds in the shadow of the Heartagram and come up with an excuse to strum and hum again. Eventually, I decided put a leash on my beloved black dog and we started howling together instead of barking at each other. That’s how VV was born.”

The answer came earlier this year with the melodious exsanguination of first single “Loveletting,” followed by the elegiac goth-optimism of “Echolocate Your Love,” which Valo described as, “a teary mascara marathon between Robert Smith and Ozzy, with a dash of hope.’” Now, with the glow of Neon Noir fast approaching comes the driving, nocturnal radiance of “The Foreverlost,” an uptempo paean to doomed romance and a confident affirmation of Valo’s peerless ability to imbue timeless songwriting and balladry with a whiff of roses and brimstone.