Taking Place From February 22 To April 2

Fresh off the release of his second critically-acclaimed solo EP Virtue on Friday, November 30th, WILLIAM RYAN KEY has announced a headlining full US tour for 2019, with Selfish Things and Cory Wells providing support. The Virtue Tour starts February 22 at The Masquerade in Atlanta, GA and ends at April 2 at The High Watt in Nashville, TN. Other stops on this tour include dates in Brooklyn, Chicago, Austin, Philadelphia, and Los Angeles.

“I’m excited to be taking another big step as a solo artist,” says Key about the tour. “In early 2019, I’ll be heading out on my first headlining tour in the US and Canada. I’ll be performing music from both of my EPs, as well as reimagined versions of some of my favorite Yellowcard songs. I can’t wait to share these intimate, personal shows with you all.”

Capturing the soundscapes akin to those of Ben Gibbard and Damien Jurado, _Virtue_ continues the songwriting journey that Key began with Thirteen. While the former EP embraced the uncertainty and nervous energy of taking a step into new and uncharted territory, Virtue posits the former Yellowcard singer onto firmer ground with a newfound confidence in his own abilities as a songwriter. 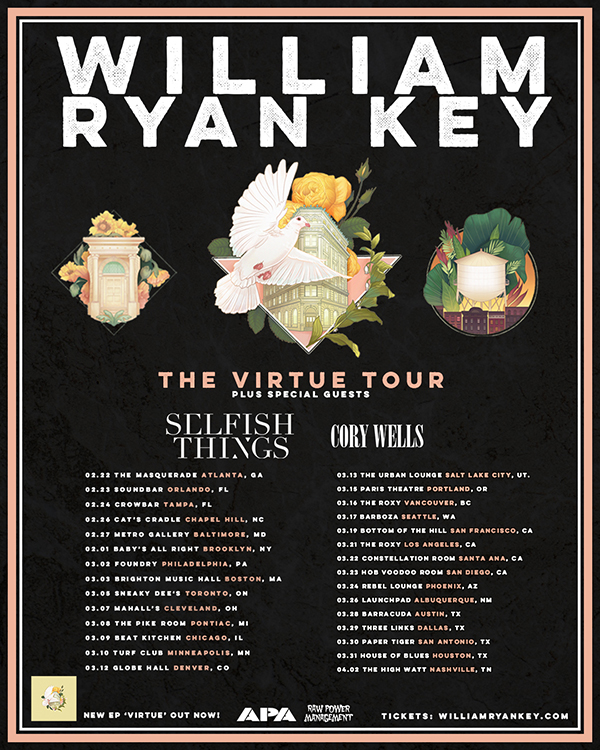